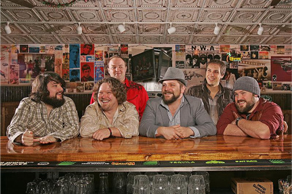 Zac Brown Band They have also recorded five studio albums, and charted nine Number One singles on the Billboard country charts: “Chicken Fried”, “Toes”, “Highway 20 Ride”, “Free”, “As She’s Walking Away”, “Colder Weather”, “Knee Deep”, “Keep Me In Mind”, and “Goodbye in Her Eyes” in addition to the singles “Whatever It Is” and “No Hurry”, which peaked at number 2 on the same chart.

In 2002, the Zac Brown Band was formed and they began traveling with a heavy tour schedule of approximately 200 dates a year. The initial Zac Brown Band lineup consisted of Brown, on acoustic guitar and lead vocals, backed by a drummer and a bass guitarist. In 2003, Brown started his own label, called Home Grown (today, it is called Southern Ground for legal reasons).

In 2004, Brown opened a music club and restaurant with his father in the Lake Oconee area of Georgia, called “Zac’s Place” where the fare was southern-style cooking. A developer bought the restaurant and, in turn, the Zac Brown Band bought a tour bus and began touring full-time, playing rock and country clubs as well as folk and jam band festivals. 2004 also saw the release of the Zac Brown Band’s first independent album, Far from Einstyne.

It was also in 2004 when Brown added violinist/fiddler and tenor vocalist Jimmy De Martini to the Zac Brown Band lineup. According to an interview with De Martini, he explained that Wyatt Durette, Brown’s frequent songwriting collaborator, was working as a bartender at Sidelines Sports Bar in Kennesaw, Georgia at the time, where the Zac Brown Band frequently performed. Durette suggested De Martini to Brown, who was wanting a “lead instrument” in his band, as well as a harmony singer. After doing several performances with the band at the club, Brown asked De Martini to become a permanent member, to which De Martini gladly obliged.

Bowles then transferred to Atlanta’s Georgia State University to study music. He subsequently became involved in Atlanta’s various music scenes, and eventually formed Coy Bowles and the Fellowship in 2004. Two years later, Bowles decided to reconnect with Brown. Through mutual friends, he learned that the Zac Brown Band was scheduled to perform in Atlanta one evening. Bowles and Brown spent the afternoon prior to the performance reacquainting with each other, which ended with Brown inviting Bowles to sit in with his band at that night’s performance, which Bowles gladly accepted. To return the favor, Bowles invited the band to attend his own gig with the Fellowship a couple of months later, which in turn resulted in Brown and his band sitting in at that gig.

This turn of events continued for eight months until Bowles concluded that it was too overwhelming to balance his time with Brown’s band and his own band and other activities, thus making a difficult decision to put the Fellowship on an indefinite hiatus and become a permanent member of the Zac Brown Band, as that was what he enjoyed the most.

In 2008, the Zac Brown Band signed to Live Nation Artists Records (in association with Brown’s own Home Grown label), but not before Chris Fryar became yet another addition to the band. An Alabama native, Fryar attended North Texas State University and the Mississippi University for Women and made a name for himself in the Birmingham music scene.[8] According to Fryar, a mutual friend recommended him to Brown, who was in need of a new drummer for the band. Fryar, who in turn had just finished a stint with a previous band, subsequently auditioned and shortly afterward became the Zac Brown Band’s newest member.