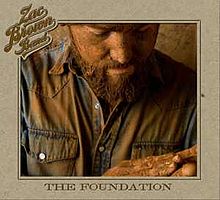 The Foundation is the first major-label studio album by the Zac Brown Band, an American country music band. It was released on November 18, 2008. Originally slated for release on the Home Grown label and Big Picture Records, the album is distributed by Atlantic Nashville in association with those two labels. The financing for the album was provided by Atlanta, GA entrepreneur Braden Copeland through his investment company Braden Copeland Ventures, LLC. On December 2, 2009, the album was nominated for the Grammy Award for Best Country Album. and also earned the band the Grammy Award for Best New Artist on January 31. The album also has been nominated for the 2010 Academy of Country Music Awards “Album of the Year” award. As of the chart dated July 2, 2011, the album has sold 2,644,654 copies in the US.